Hi all
I am from Kiev, Ukraine.
Who want to add as your friend. I'm keeping a diary in Russian. I know English, and German.
I write about everything that interested. Most writing about football, biathlon and other sports. Just about Ukraine, and travel.

Hi all
I am from Kiev, Ukraine.
Who want to add as your friend. I'm keeping a diary in Russian. I know English, and German.
I write about everything that interested. Most writing about football, biathlon and other sports. Just about Ukraine, and travel.

AzraiAesthetic
Female
11/19/1990:
Scorpio
Mississippi/Louisiana/Alabama (traveling around these areas a lot)

I’m a student at a small college in South Mississippi, studying Foreign Linguistics and History. I love culture, art, photography, make-up, video games, anime, and various acts of creativity. I work in a supermarket as a cashier, it’s a horrible job, but it could be worst. In my spare time I go to concerts and conventions, being able to travel is what I would like to spend the rest of my life doing.

I used to do various student modeling for portfolios and I adore the art of life’s beauty. It’s so rare to find others who actually stop to admire that. I stop because I had to care for my grandmother, she suffered a painful death from cancer in 2009 and I am just now fully getting over that, so you may hear some pretty down-things.

I would love to have new friends, sorry that this is a short and sweet introduction, but I do feel kinda awkward posting intros. Lol

I'm interested in trying out adding whoever would be interested in being my friend I guess (because that's all adding people from addme communities is, a trial), but I'm particularly interested in meeting somewhat local friends. As such, I live in the San Antonio, Texas area. I often go up to Austin and have a lot of friends in San Marcos and New Braunfels, and various smaller towns between. If you want to try being friends, let me know, but especially if you're familiar with any of those towns.

I like a lot of music, but mostly I like first wave screamo and early emotive hardcore, indie rock (particularly older albums by the band Modest Mouse), and various EDM (Electronic Dance Music) genres. I grew up on hardcore/punk, though my musical taste is a lot more diverse now.

I'm a liberal, but I'm not a hippie or a bleeding heart. I'm an ex-idealist who has fallen into cynicism -- an ex-radical socialist who now is pretty sure that mankind is just fucked and I have no idea what the long term, ultimate solution is. I do know that if capitalism is to persist, it should be limited, checked, and regulated, and some form of state/established body of people should utilize taxes to fund social programs that enhance the quality of society. Lately, I lean towards balance and Centrism. Social democracy sounds good to me, if libertarian socialism is just too flawed an ideal to actually work out. I realize there is much to learn from capitalism, just as there is much to learn from socialism. An extreme of either is probably a bad idea. All that said, I don't write about politics all the time. That just gives you a good idea about where my mind has been.

I'm an Atheist, and I am a very firm in my knowledge that there is no such thing as any god. I believe in science and logic. I will not be afraid to say this in my personal journal, and while I don't care what you believe, if you have a problem with reading of my atheism from time to time, you may have a problem adding me.

Let me say that I have no expectations of you to align with my music, my ideas about religion, or my politics, though it could be cool if you did. No one I know really likes half of my music and if the country were to erupt in civil war, it is likely that my best friend and I would be on different sides. So... As long as you can tolerate my ideas, you're good. I can tolerate yours -- most likely. I'm very open minded, but you probably have to be somewhat open minded (and certainly not uptight) in order to not be offended by me.

When I was in school, I studied psychology with a minor in writing. I classify as a junior, but I didn't finish and I'm not currently enrolled because I am poor and have financial issues that interfere with focusing on school. It would be nice if one day I could finish school. I'm very scholarly and academic, despite this.

I'm trying to lose weight I gained while living with the girl. Making a bit of progress, but not quite there.

I always write with complete sentences, proper spelling and grammar -- typos aside. I sometimes consider myself an artist of words. Occasionally I post poetics, but not too commonly.

I'm very honest and for real on my journal, though it is just about exclusively friends only these days with occasional exception.

And there you go. That's me.

I'm Danielleee!
21.
I used to live near Detroit, but I just recently moved about 40 mins north and it's like, in the middle of no where. Very different from what I used to. I live on a dirt road, and have a pond in my backyard ..haha, but it's not so bad.
I'm a barista at Starbucks and I absolutely love it.
I'm also a full-time student. I dunno what for yet. :/ I'm indecisive and change my major every other day.

I'm addicted to music. Check out my last.fm!

You can take a look at my profile to see if we have anything in common, but either way I'd like to be friends with whoever, I'm not picky.

I usually just update about what's going on, or to vent ..and I take the time to read/comment and get to know my friends and I expect the same in return. Lj is personal to me, so add me if you feel the same. =]

Hello, my name is Jessica. I am 22 yeard old.
I've had a livejournal account since 2005, but I'm still unsure how the site works.
I usually posted private entries here, but I am getting more into the communities here, and would like to be more apart of things.... so... 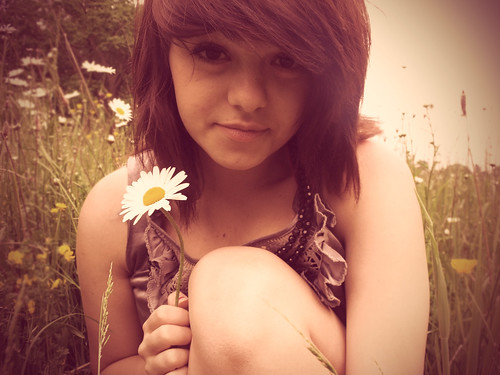 I love photography, and would like to start a 365 project soon. I take a lot of pictures, and am starting to post more here in my journal. My goal in life is to travel the world, and capture every single moment I can because each moment is beautiful.
I love music, and am always open to anything old and new. Right now I am really into oldies.
I change my hair a lot.

I decided to create a new journal as of yesterday. My name is Annie and I was formally known as

banana_fishie . I am twenty two and live with my boyfriend in Cleveland, Ohio.It;s hard to define me as your average 23 year old girl. For one thing, I have blue hair. I am also tattooed and pierced.  I enjoy Horror movies especially the Universal Monster films.

Here are some things I enjoy:


would you care to be friends?

Hello :D
My name is Lindsey, I'm 20 years old and from Cleveland Ohio.
I'm not new to LiveJournal, but I am new to this journal, and am therefore looking for new friends.
I love photography, drawing, knitting, jewelry making and all that crafty stuff... Which is why I work at a craft store! I like to write fan fiction and poetry too... but that stuff isn't in my journal so don't worry about it if you don't like it.
And I love music and everything to do with it. Some of my favorite bands are Aiden, William Control, Muse, HIM, Dommin, My Chemical Romance, and Combichrist. I also write for a little music magazine,and I play guitar and piano.

That's me. My journal is friends only. You can comment here or on my friends only post to add me.

Hi! Ive posted before awhile ago now.
would love some friends on my LJ..not too many..i admit i suck at commenting unless i know what to say or if you comment ME then i always comment right back.